For the expansion of Stadelhofen station within the framework of STEP AS 2030/35, various surrounding tunnel structures have to be structurally supplemented. These include the Hirschengraben tunnel, the Zürichberg tunnel and the Riesbach tunnel. When planning such underground structures in the inner-city area, it must be shown at an early stage that the deformations thus generated are compatible with the existing buildings (existing underground structures and above-ground buildings). For these deformation predictions, simulations were performed using the finite element method. 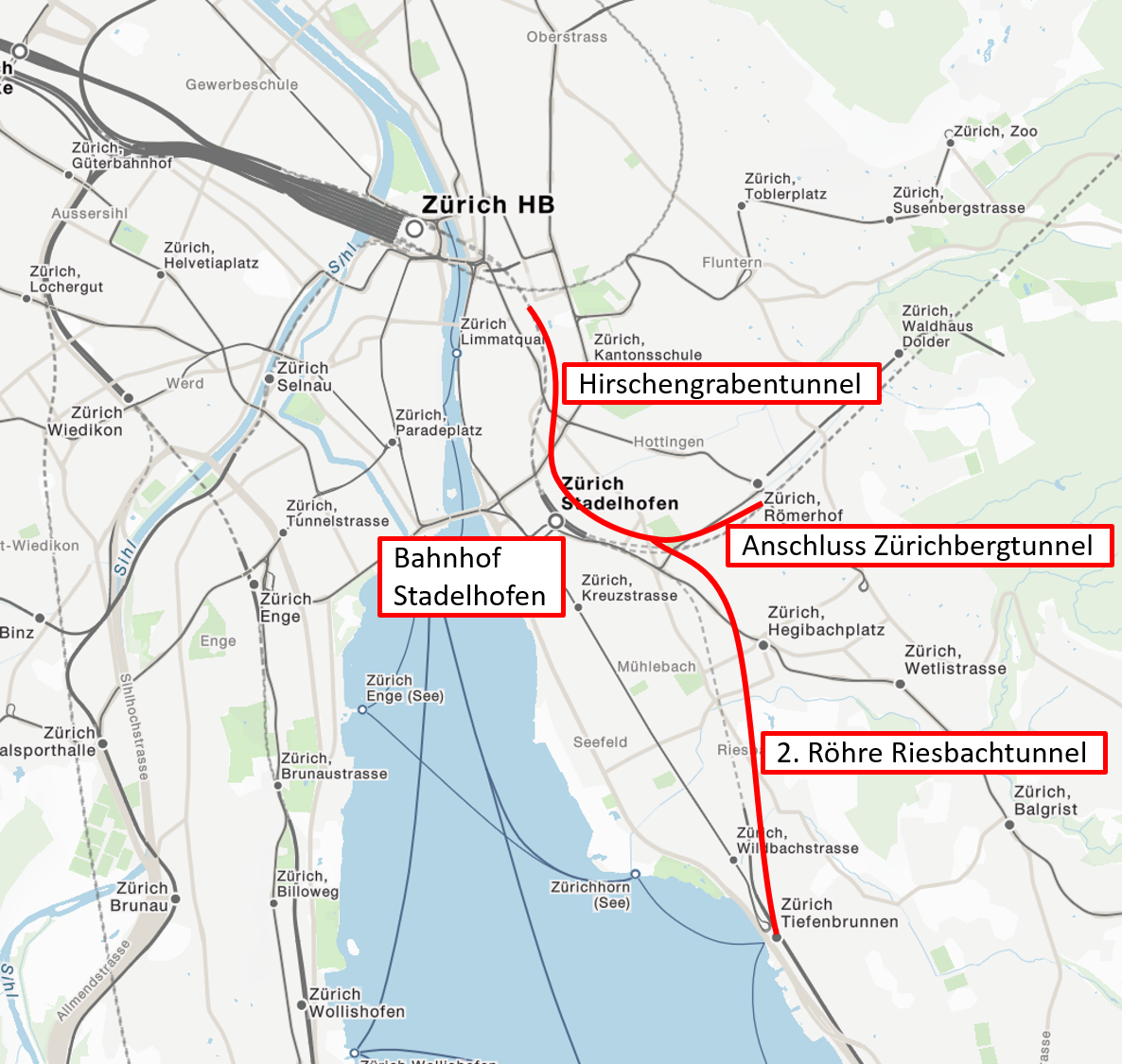 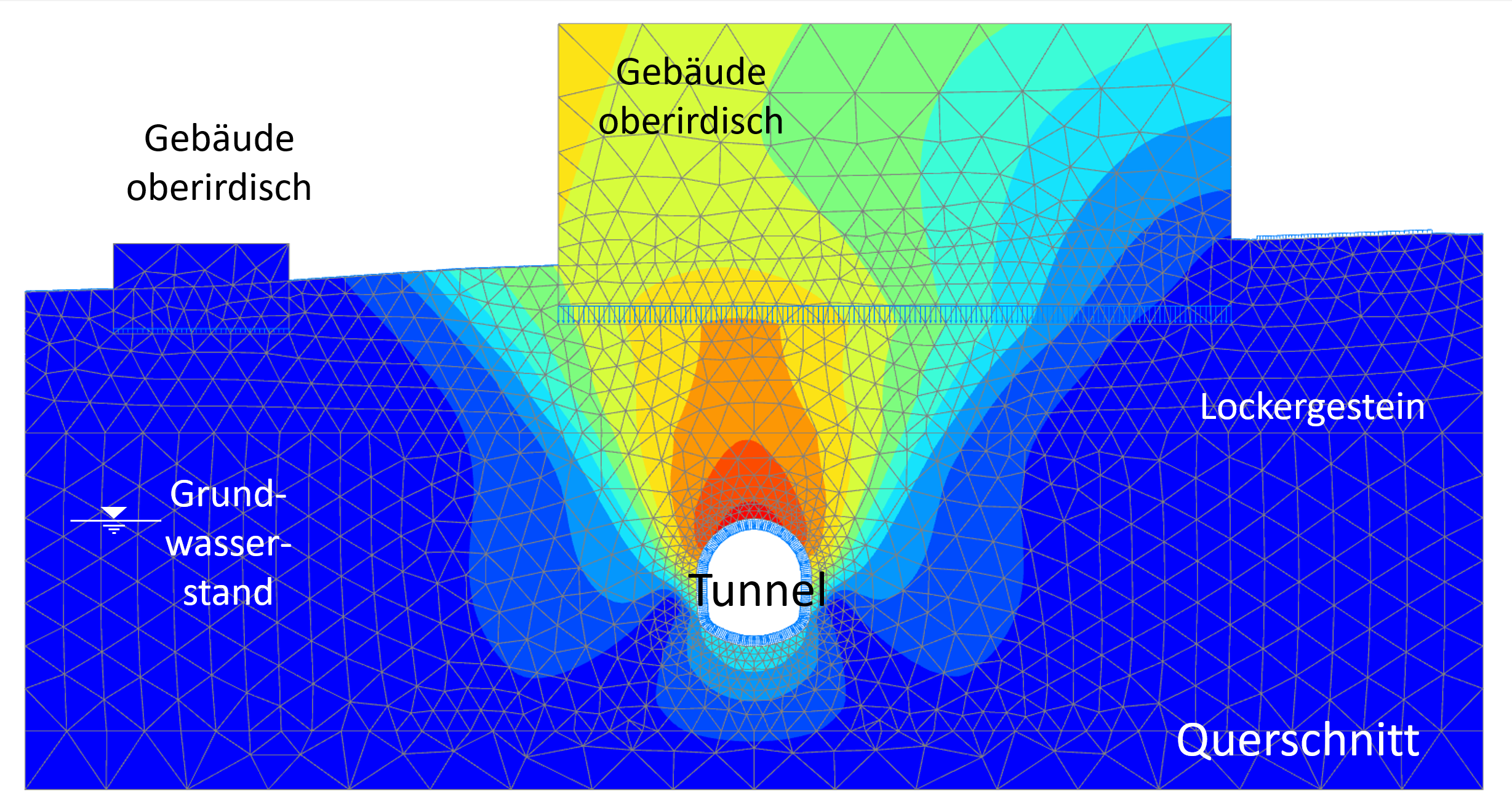 Adapted to the early stage of the project (pre-project), two-dimensional finite element simulations were created and evaluated for selected cross sections. These simulations represent with reasonable abstraction the geology, the as-built condition and the time sequence of the planned construction conditions up to the final condition. 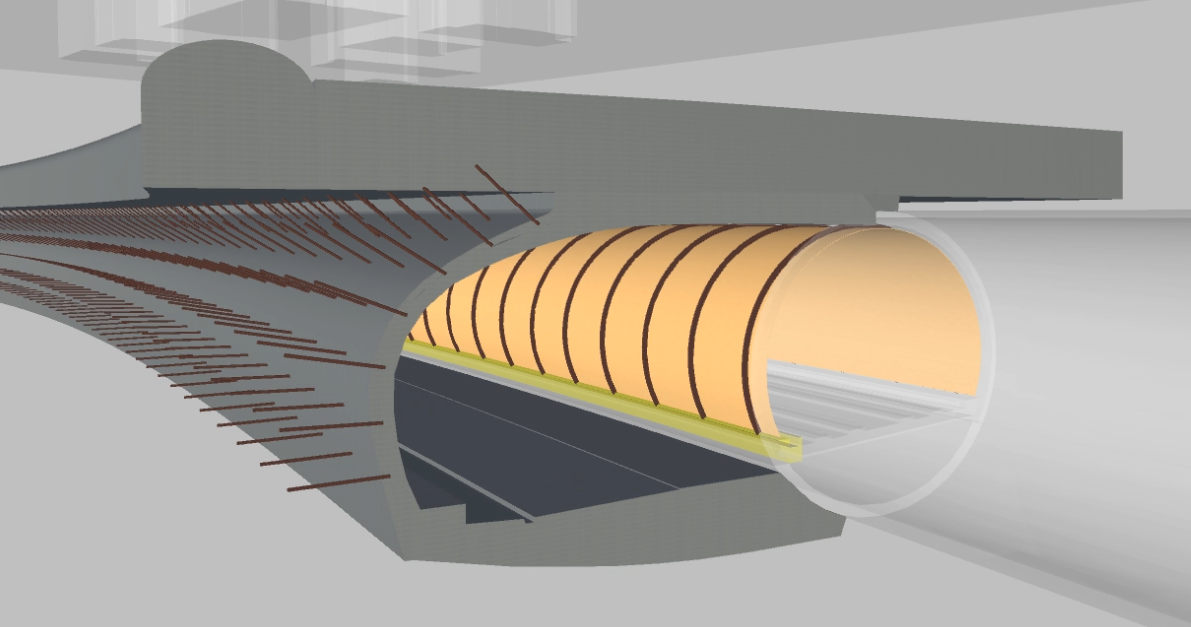 Concept of a construction condition for the connection of a branching structure to a railroad tunnel (circular cross section) under operation.

We perform 2D and 3D modeling of geotechnical issues using the finite element method as part of our projects, if required. Furthermore we offer the creation and evaluation of finite element models e.g. with Plaxis, Zsoil, Abaqus, Optum and others also as an own service. 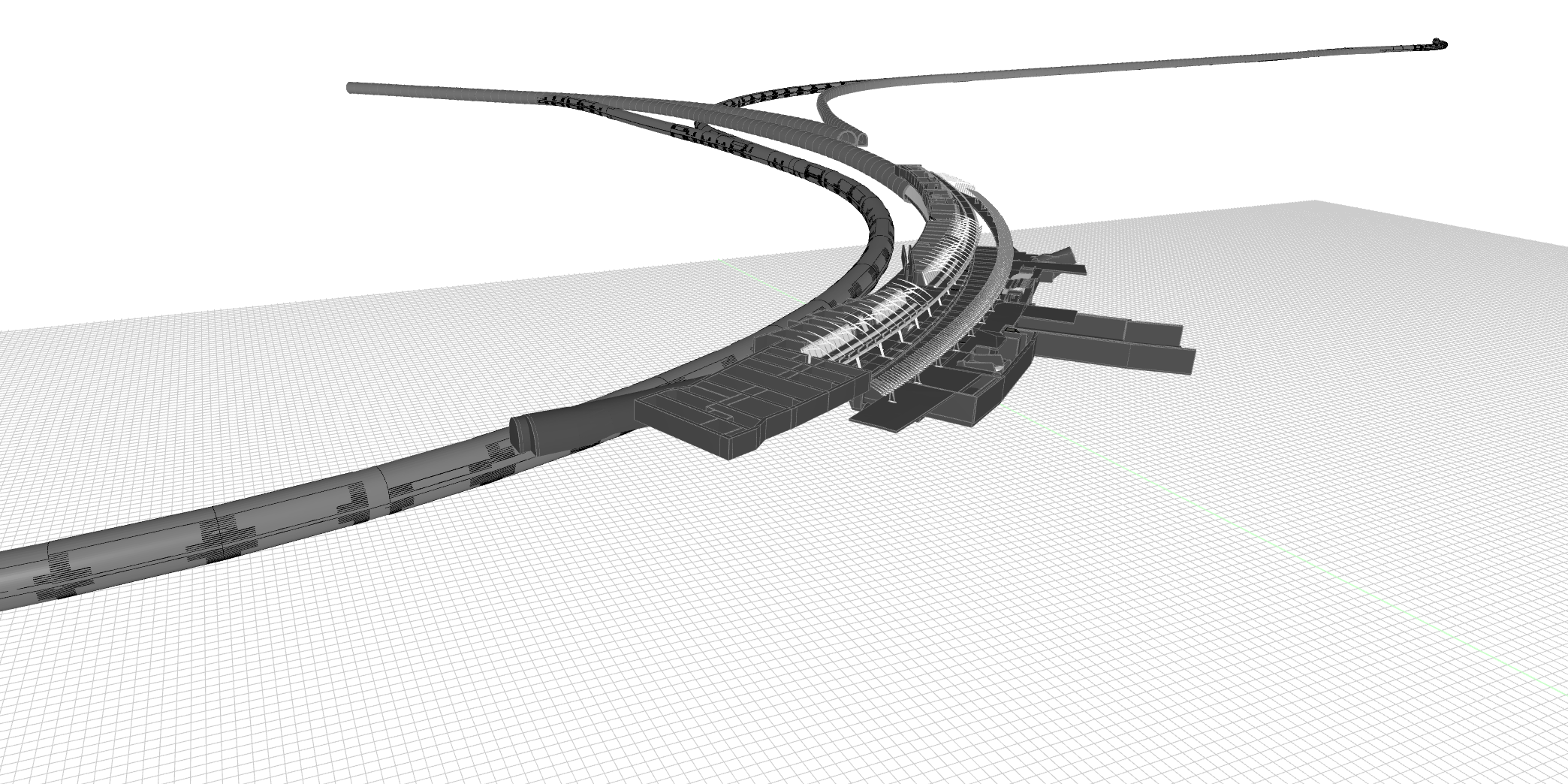 Section of a 3D model showing the course of the tunnels around the Stadelhofen train station (view towards east, individual tunnel segments hidden)