On the Jura Foot Railway between Lausanne and Biel, one of the most important west-east connections in Switzerland, the line 210 in the Ligerz area between km 93.6 and km 95.6 is currently single-track. In order to increase the capacity of the railway line, this single-track line will be replaced by a double-track tunnel between the villages Schafis, Ligerz and Bipschal as part of the 2025 expansion stage of the FABI project, bypassing them. SBB has assigned the planning contract for phases 31 to 53 to the engineering consortium GILIG. In GILIG, Gruner is responsible in the east section for the deep portal excavation and the lakeside backfill. 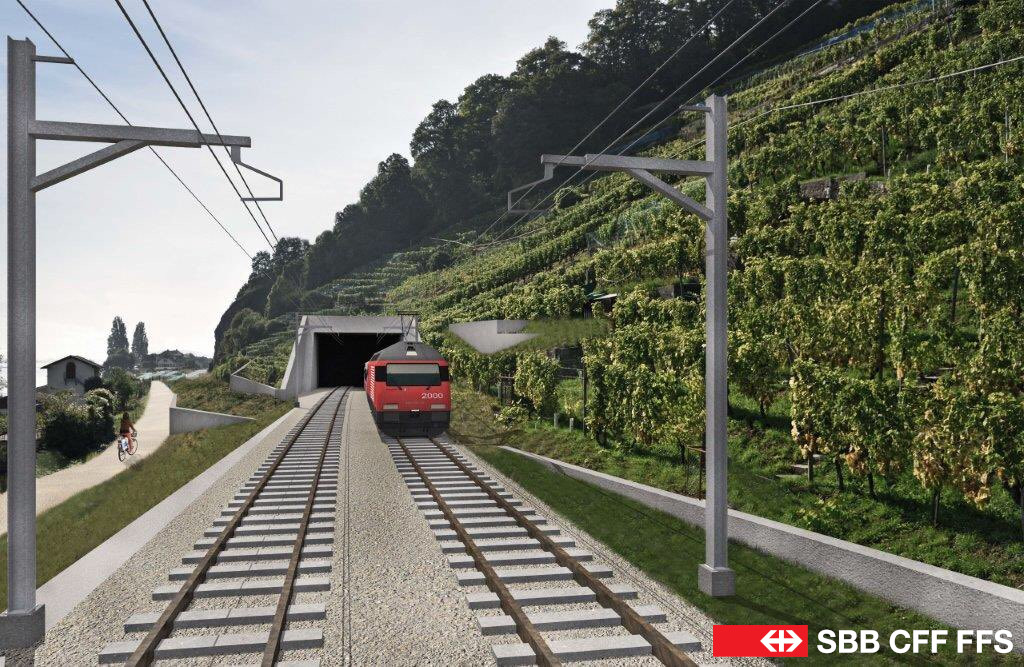 The project contains various challenging aspects, including a recent slope instability, very soft subsoil formations (lake marl) and its location in the S1-S3 groundwater protection area. Furthermore, the project is located in a UNESCO World Heritage Site zone. Many excavation pits and support structures are in the direct area of influence of the existing railway line. The operation of the existing SBB line must be ensured by appropriate planning. Accordingly, there was a large number of mutual dependencies, e.g. between the new construction and the existing structure, the available construction space and the simultaneously unfavorable subsoil. 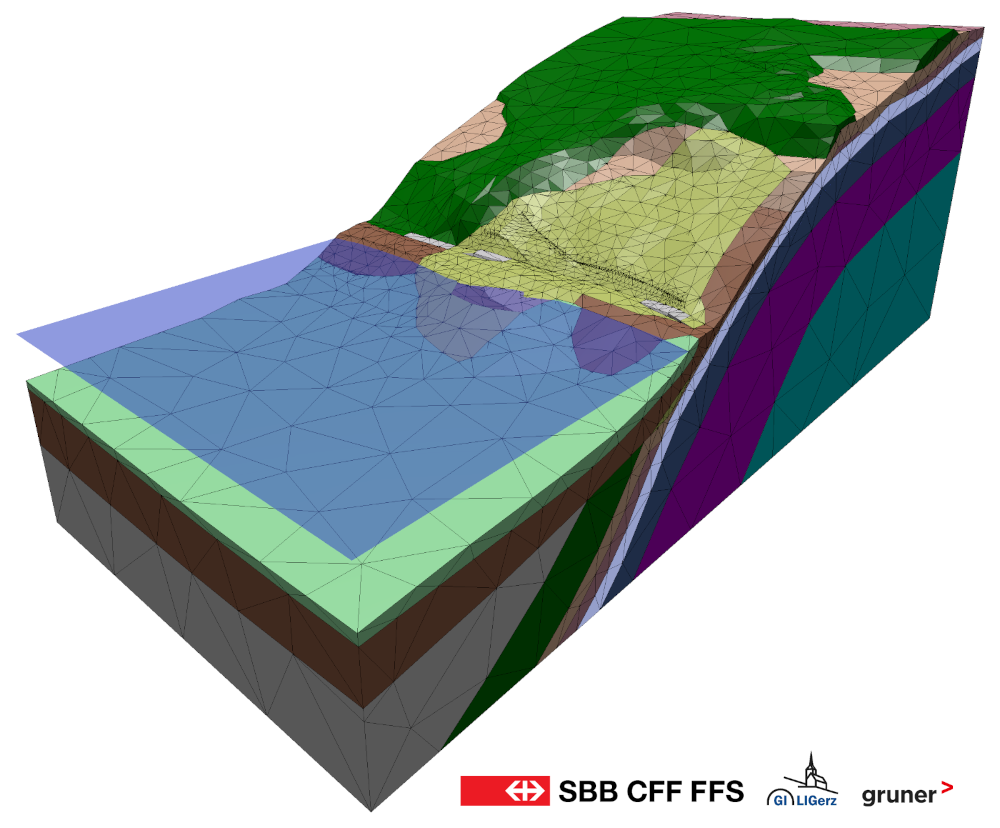 Large-scale geometry model of the slope as a basis for the automated generation of the 3D finite element model. 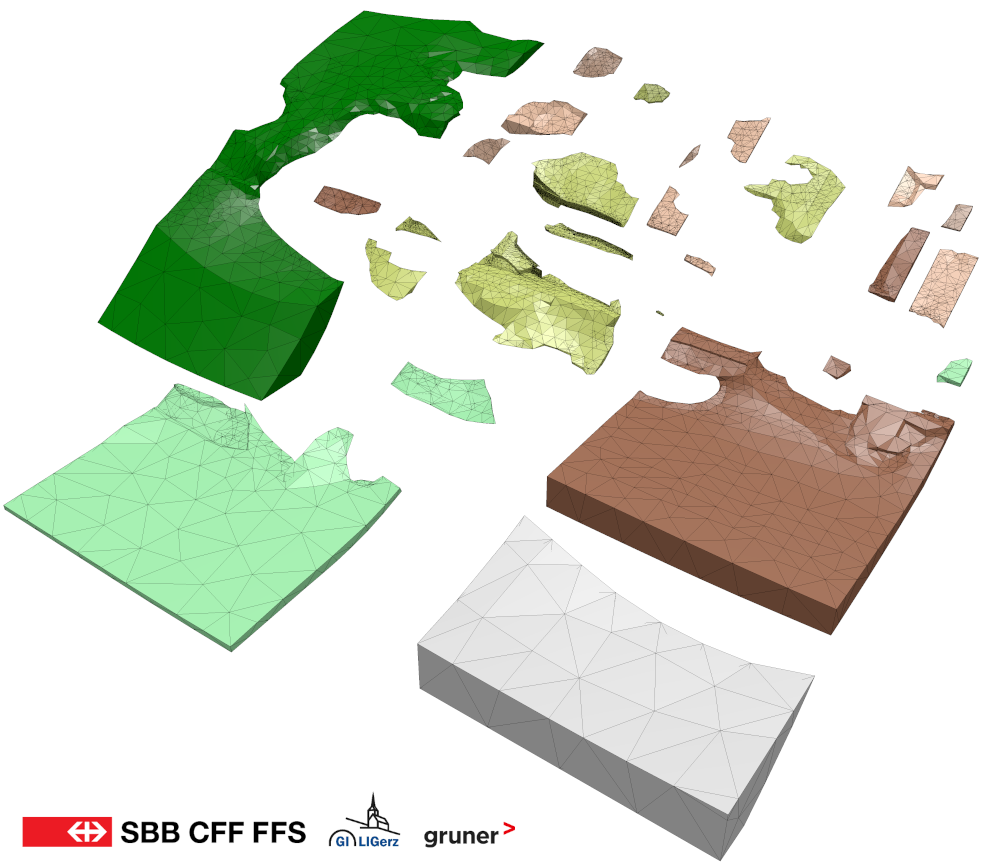 In the planning process, among other things, the documents required for the SIOP were prepared. These included various finite element analyses (FEM) of the influence of the excavation pits and retaining structure on the existing and future railroad line. Through these extensive non-linear, spatial FE calculations, the influence of the selected construction method on the deformations of the existing railway tracks, the future railway tracks (time-dependent deformations), the surrounding structures, and the slope instability was investigated. A distinctive feature was found in the analysis of the long-term deformations of the structures embedded in the lake marl by means of creep-substance laws. The effects of possible soil liquefaction due to earthquakes were also analyzed with an FE model. 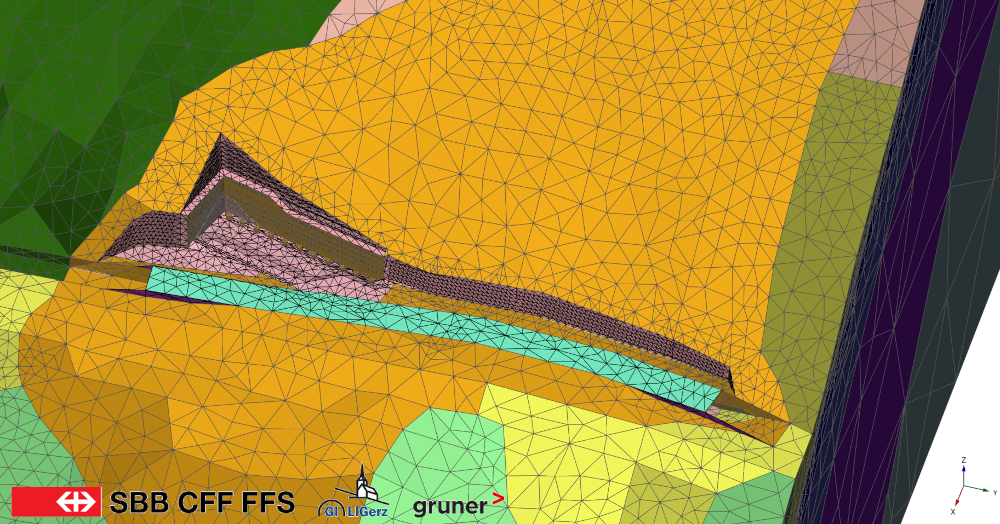 Discretization of the finite element model in the portal area 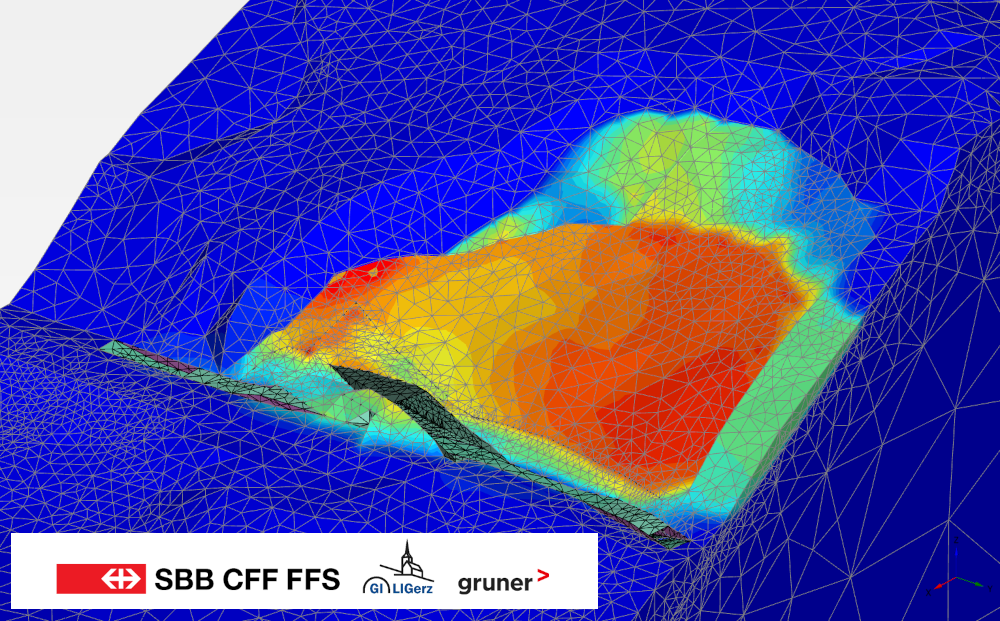 Displacements in the course of a factor-of-safety (FOS) calculation

Road tunnel in the vicinity of a recent slope slide