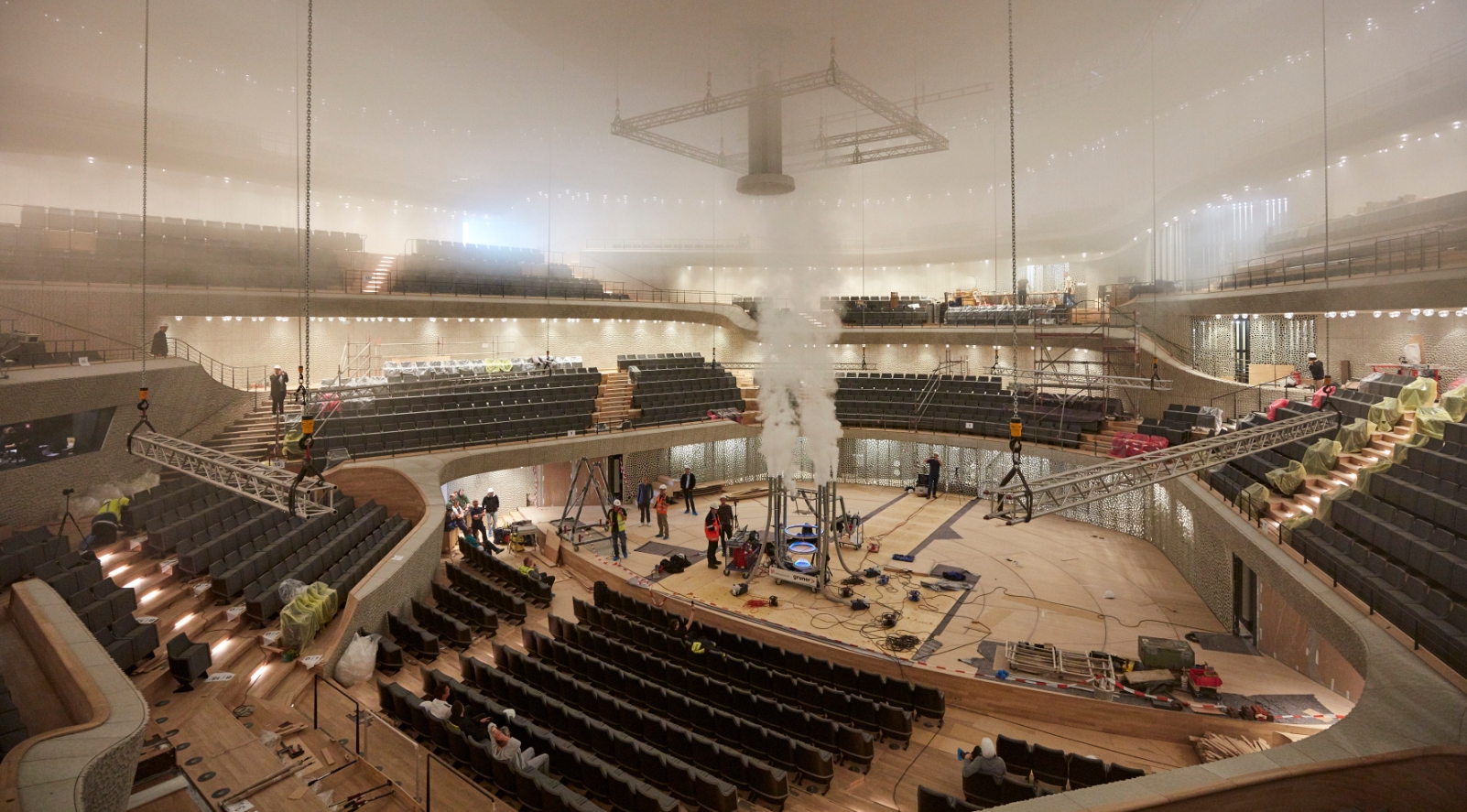 Hot smoke tests
Much smoke around your security

In fire safety, the personal safety of users or visitors is the primary protection goal. The greatest danger for personal safety is the toxic smoke produced by fires, which is the main cause of death in fires, accounting for 90% of all fire deaths.

For this reason, controlled smoke removal in case of fire is essential, especially in areas with a high occupancy rate, such as event rooms. The aim here is to keep the escape routes for the persons present, but also the attack routes for the fire department, low in smoke to a sufficient degree and for a sufficient period of time.

With the hot smoke machine from Gruner, fire scenarios can be displayed in different scales. The energy release rates of the test unit can be transferred to real fire scenarios by means of similarity laws. It is suitable for large and small rooms, for example to investigate deviations from the project planning of fire alarm systems. The materials used do not leave any residues, so the tests are completely harmless for the building. We have already been able to carry out tests in very sensitive buildings such as the Elbphilharmonie, art galleries, libraries, etc.

You will find an overview of our services in this brochure (in German).